Quebec Premier François Legault announced Monday that the regions of Montreal, Quebec City and Chaudière-Appalaches are moving into the red alert level, the most critical alert level in the province.

From Oct. 2 to Oct. 28, only people living at the same address can be inside a home at the same time, with an exception for a single caregiver.

Dining rooms in restaurants will be closed, but take-out services will be allowed, and other public spaces like bars, theatres, casinos and cinemas must shut down operations.

Places of worship can operate with a maximum of 25 people. Everyone must stay two metres apart outside and they must where a mask when that is not possible.

“We also need to reduce our contacts everywhere in Quebec,” Legault said. “We cannot wait for the red alert.” 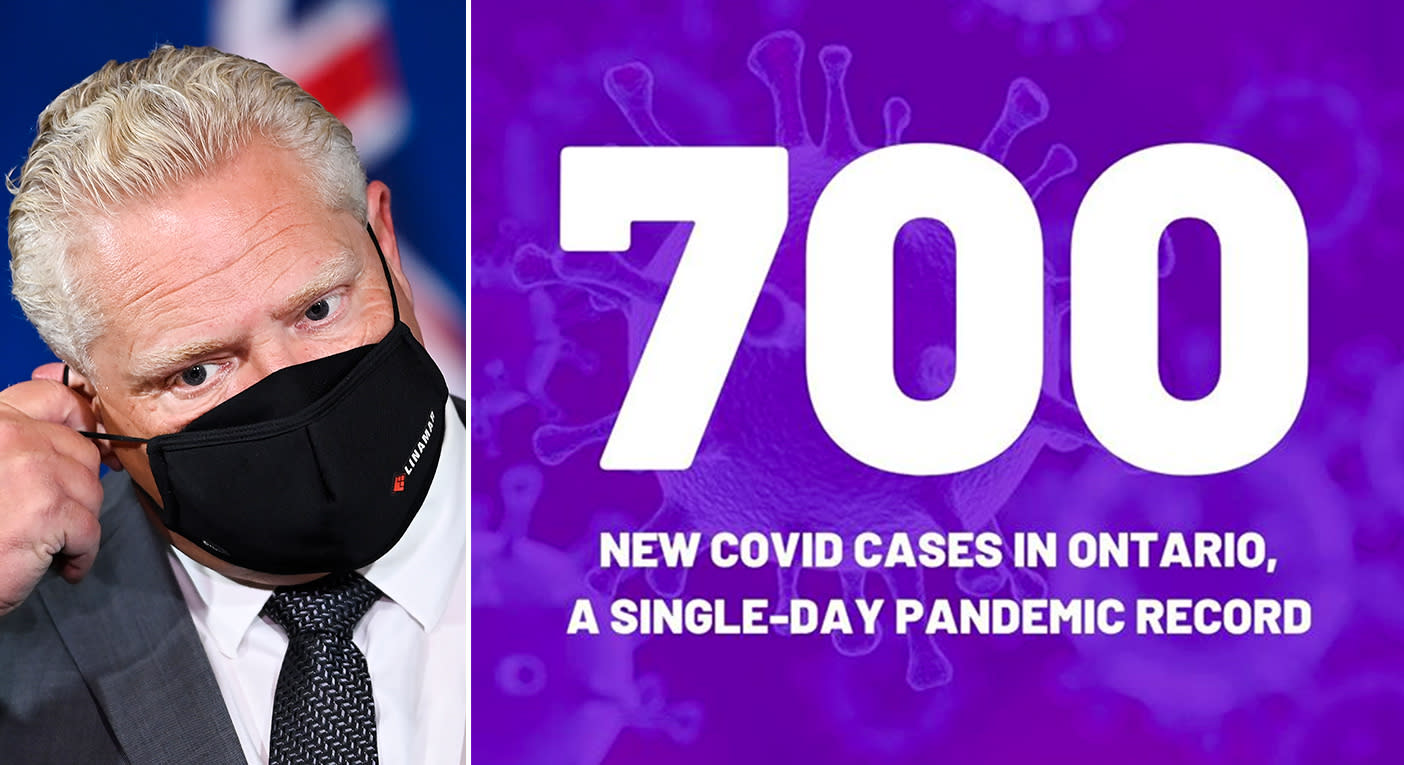 On Monday, Sept. 28, Ontario reported 700 new cases of COVID-19, the most in a 24-hour stretch since the start of the pandemic.

The update has led to Ontario Premier Doug Ford announcing to the province that it is officially in the “second wave” of the COVID-19 pandemic.

In total, Quebec announced 750 new cases, as it continues to lead all provinces in currently infected patients with 5,196.

In Yorkton, Sask., health officials believe that cases at its high school, hospital and the RCMP detachment are linked to a local fitness facility where there was an infectious individual. The highschool and RCMP detachment have since closed, while an outbreak has been declared at the