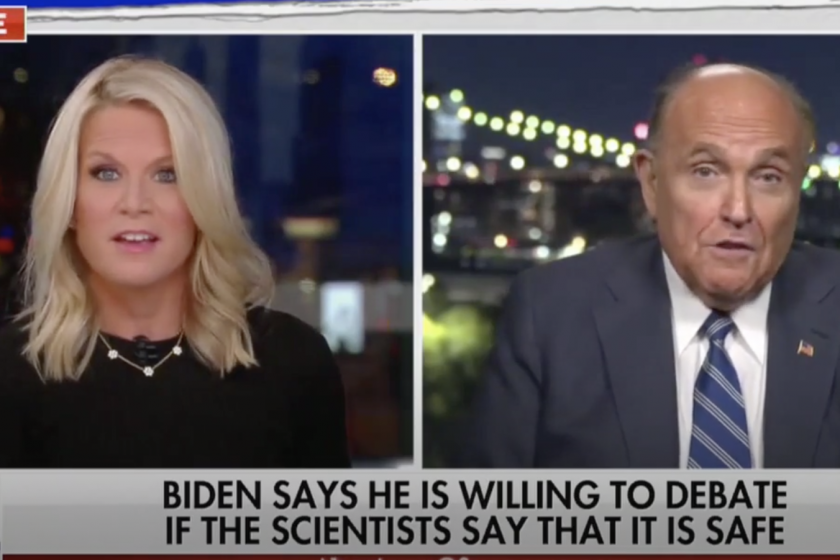 While waiting to receive the results of a coronavirus test, former New York City Mayor Rudy Giuliani appeared on Fox News Monday night, where he coughed throughout his interview with host Martha MacCallum.

Giuliani shared with MacCallum that he recently tested negative for COVID-19, but two hours before his appearance, he took a second test, “one of those all the way in the back of the nose tests,” The Daily Beast reports. MacCallum told Giuliani she hopes he receives “a negative on that one,” and then asked