President Donald Trump on Wednesday uploaded a video on his Twitter account where he called his recent coronavirus diagnosis a ‘blessing from God’ and touted the benefits of an experimental drug treatment he received.

In the nearly five-minute clip, the president — who spoke from the White House Rose Garden — praised his treatment regiment, including the antibody cocktail made by Regeneron, for helping him “feel great.”

“For me, I walked in, I didn’t feel good. A short 24 hours later I was feeling great. I wanted to get out of the hospital,” Trump said. “And that’s what I want for everybody. I want everybody to be given the same 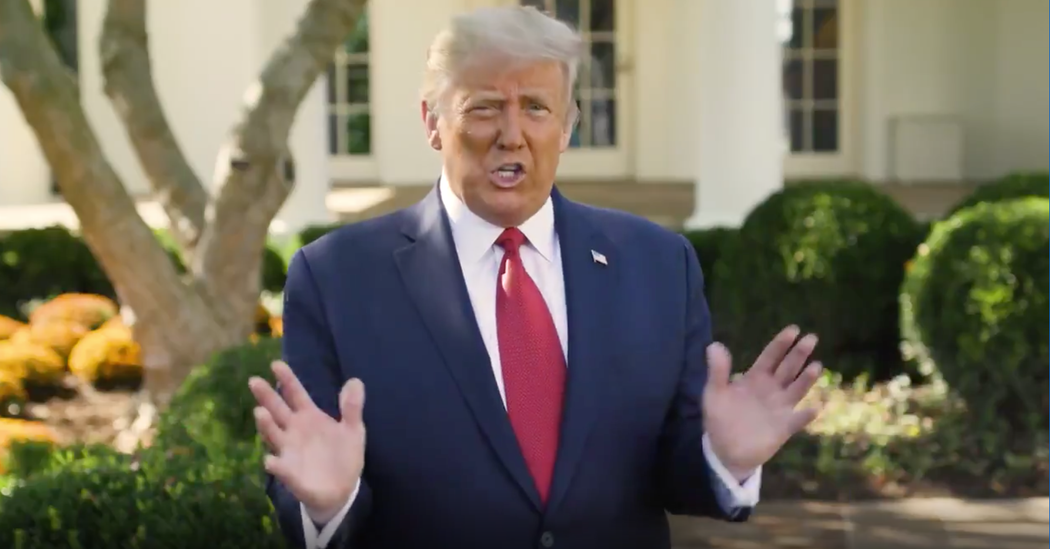 But although both companies have reported promising early results, clinical trials are still underway. Although Mr. Trump credited the Regeneron treatment with having improved his illness, there is no way to know if a drug is safe and if it works without testing it in large groups of people, some who receive the drug, and some who get a placebo.

Regeneron and Eli Lilly have said the therapies could be available before the end of the year. Some medical experts have seen the therapies as a sort of bridge until vaccines are available — the infusion of antibodies could be given to people who have been exposed to the virus in order to prevent infection, as well as to people who are still early in the course of the disease.

In his video, Mr. Trump suggested that the treatments could soon be authorized for emergency use. “We have to get