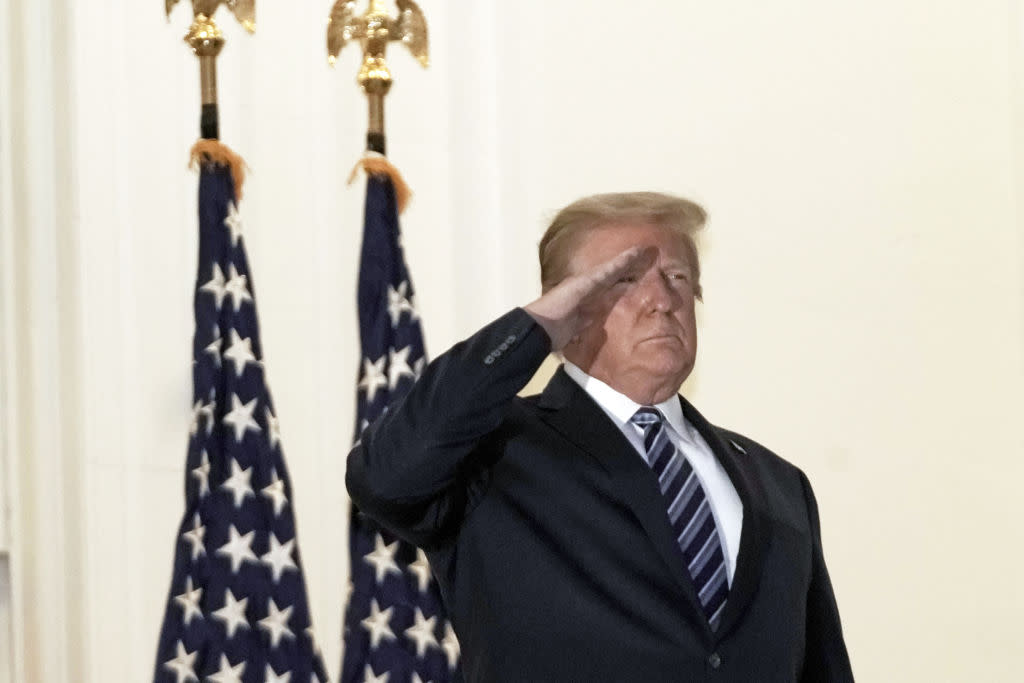 Less than 24 hours after requiring supplemental oxygen and being hospitalized for COVID-19, President Donald Trump was already talking about the virus in the past tense.

“I learned a lot about COVID. I learned it by really going to school,” Trump said in a video filmed from his hospital suite on Saturday. “And I get it, and I understand it, and it’s a very interesting thing.”

It had been a rare and ominous sight to watch the President of the United States get airlifted to Walter Reed National Military Medical Center to be treated for a disease that has killed more than 210,000 Americans and sickened millions more. Laid low by