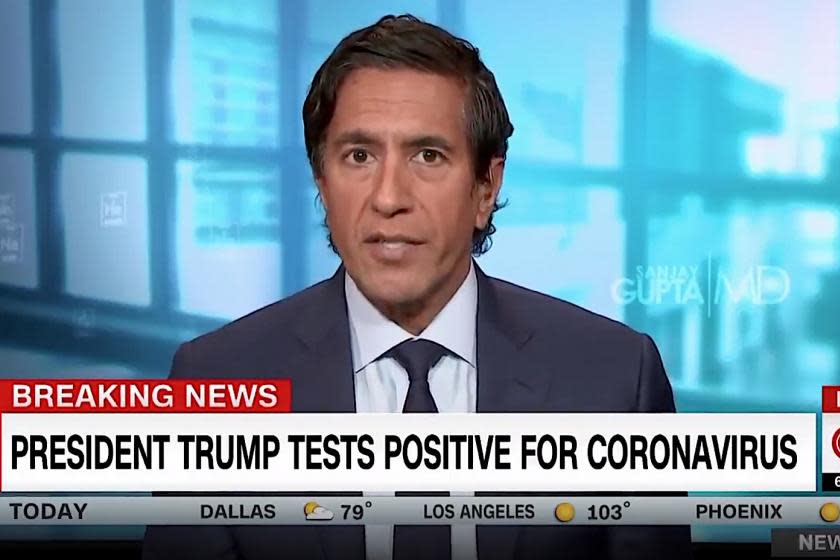 President Trump tested positive for COVID-19 on Thursday night, and “obviously, given the president’s age and his pre-existing illnesses, he’s going to be at increased risk from this disease,” CNN chief medical correspondent Dr. Sanjay Gupta said on Friday morning’s New Day. “Still, the odds are very much in his favor … greater than 90 percent, 95 percent chance that he will get through this.”

We know that his age, 244 pounds of weight, heart disease, and cholesterol level put Trump at higher risk, Gupta said. “When you’re at his age, 65 to 74, it’s about a five times greater likelihood that somebody will be hospitalized for this, as compared to somebody younger.” But we don’t know lots of other important information, he added, like whether he has symptoms or when he was infected, and “we still don’t have full vision on his past medical history,” including the story