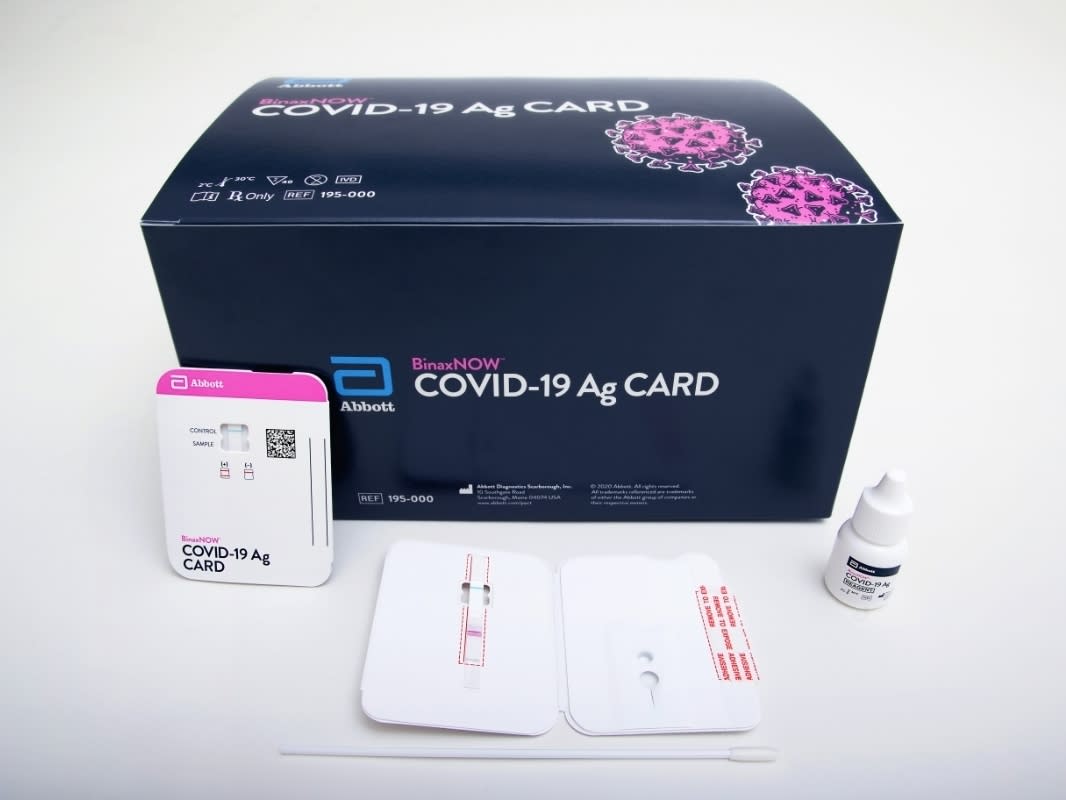 OLYMPIA, WA — The Washington State Department of Health expects a federal shipment of nearly 150,000 rapid coronavirus testing kits will arrive within five to 10 days, officials announced late Wednesday. By November, the state anticipates it will have received 2.3 million kits.

Right now, the Abbott BinaxNOW antigen tests are approved only for people exhibiting symptoms, but the state may later extend their use to include anyone who is exposed to a confirmed case. According to DOH, the tests are typically less accurate than standard molecular tests, and their effectiveness for people without symptoms has not undergone rigorous study. Interpreting the results can also be complex.

According to the Abbott website, the test involves taking a nasal swab and inserting it into a test card. Within minutes, results are available and can be stored on an optional app, which generates a new QR code for each test result.