A former director of the Centers for Disease Control and Prevention and public health titan who led the eradication of smallpox asked the embattled, current CDC leader to expose the failed U.S. response to the new coronavirus, calling on him to orchestrate his own firing to protest White House interference.

Dr. William Foege, a renowned epidemiologist who served under Democratic and Republican presidents, detailed in a private letter he sent last month to CDC director Dr. Robert Redfield his alarm over how the agency has fallen in stature while the pandemic raged across America.

Foege, who has not previously been a vocal critic of the agency’s handling of the novel coronavirus, called on Redfield to openly address the White House’s meddling in the agency’s efforts to manage the COVID-19 crisis and then 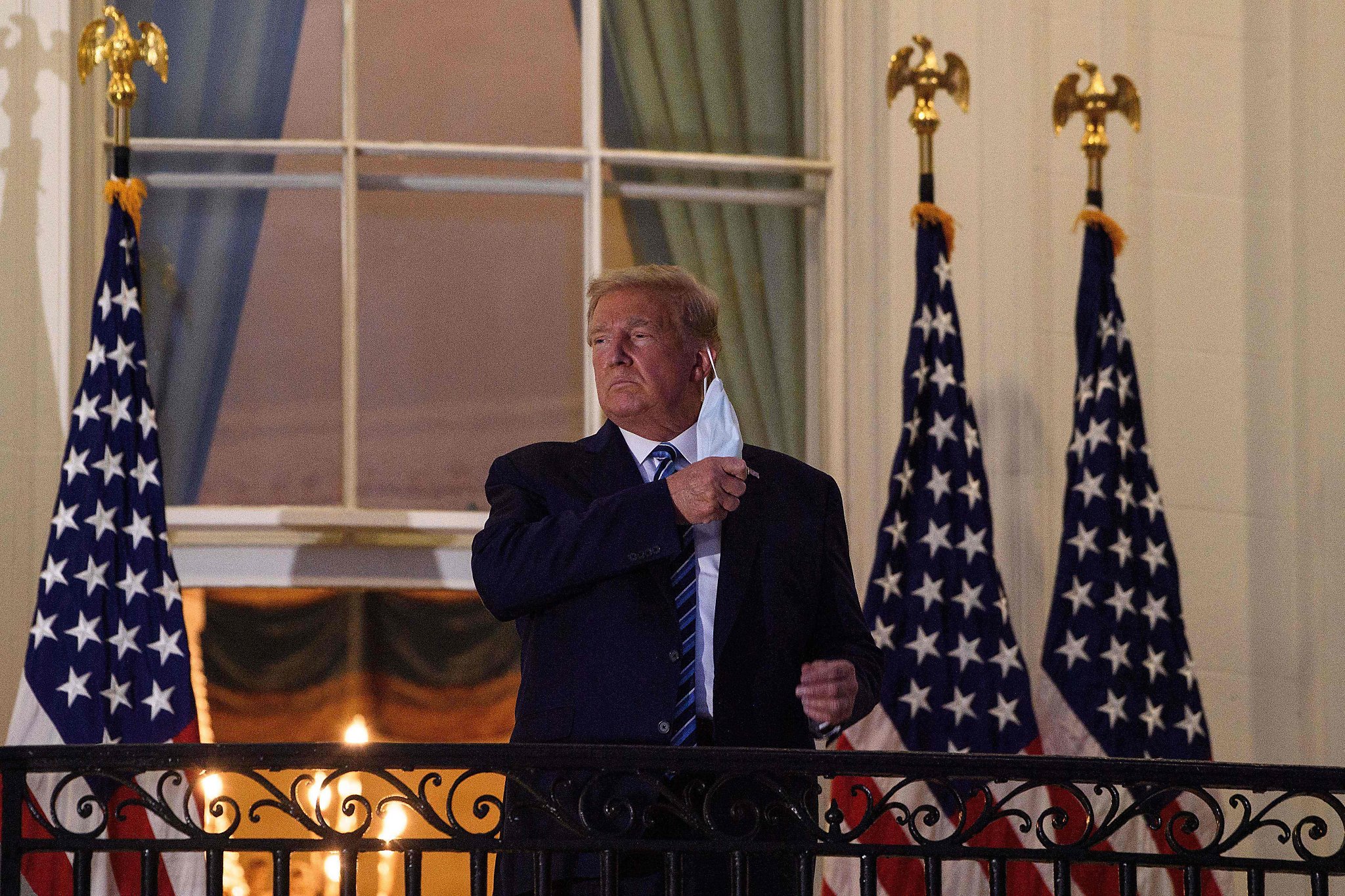 BETHESDA, Md. (AP) — President Donald Trump staged a dramatic return to the White House Monday night after leaving the military hospital where he was receiving an unprecedented level of care for COVID-19. He immediately ignited a new controversy by declaring that despite his illness the nation should not fear the virus that has killed more than 210,000 Americans — and then he entered the White House without a protective mask.

Trump’s message alarmed infectious disease experts and suggested the president’s own illness had not caused him to rethink his often-cavalier attitude toward the disease, which has also infected the first lady and several White House aides, including new cases revealed Monday.

Landing at the White House on Marine One, Trump gingerly climbed the South Portico steps, removed his mask and declared, “I feel good.” He gave a double thumbs-up to the departing helicopter from the portico terrace, where aides Adding to the confusion about his status, Trump briefly left Walter Reed National Military Medical Center in Bethesda to wave to supporters from a motorcade, after releasing a video on Twitter thanking people who had gathered outside the facility.

“We’re getting great reports from the doctors,” Trump said in the video before promising a “little surprise” to his supporters. “It’s been a very interesting journey. I learned a lot about covid.”

At a news conference earlier Sunday, Trump’s medical team tried to clear up the muddled picture it had created the previous day when White House doctor Sean Conley falsely suggested that Trump had not been given supplemental oxygen.

But Conley continued to avoid directly answering specific questions about Trump’s health Sunday, even as he revealed that the president had been given dexamethasone, a steroid that is typically reserved for severely ill coronavirus patients needing oxygen. Conley openly admitted to