(MENAFN – The Conversation) Over a thousand years ago, Nuh ibn Mansur, the reigning prince of the medieval city of Bukhara, fell badly ill. The doctors, unable to do anything for him, were forced to send for a young man named Ibn Sina, who was already renowned, despite his very young age, for his vast knowledge. The ruler was healed.

Ibn Sina was an 11th century Persian philosopher, physician, pharmacologist, scientist and poet, who exerted a profound impact on philosophy and medicine in Europe and the Islamic world. He was known to the Latin West as Avicenna.

Avicenna’s Canon of medicine , first translated from Arabic into Latin during the 12th century, was the most important medical reference book in the West until the 17th century, introducing technical medical terminology used for centuries afterwards. 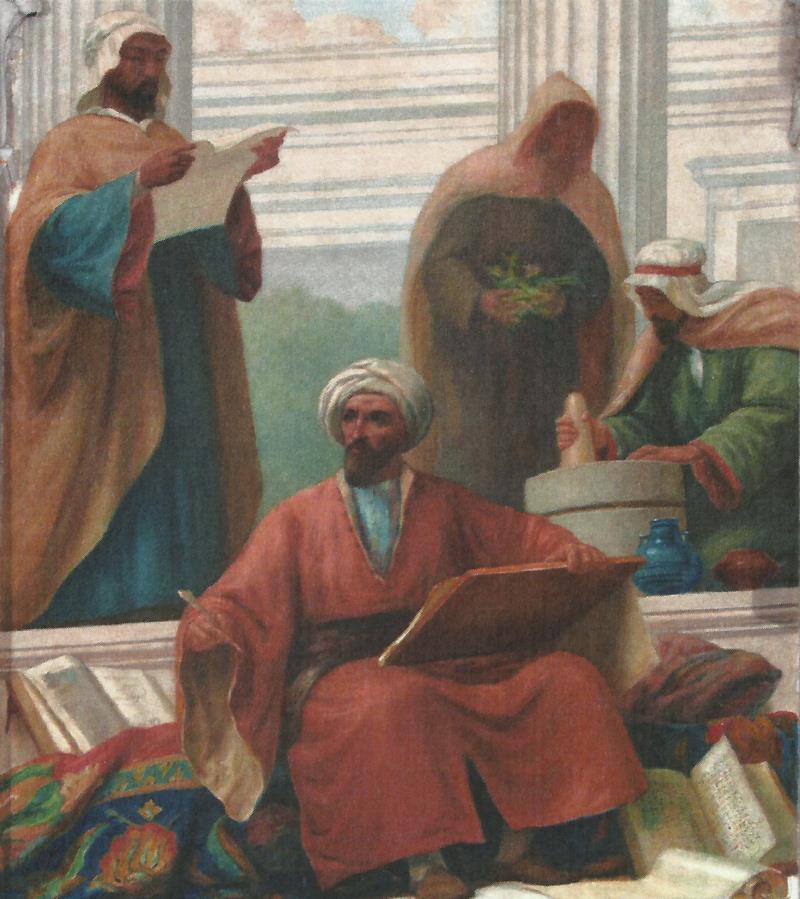 Avicenna’s Canon established a tradition of scientific experimentation in physiology without which modern medicine as we know it would be inconceivable.

For example, his use of scientific principles to test the safety and effectiveness of medications forms the basis of contemporary pharmacology and clinical trials.

Avicenna has been in the news recently due to his work on contagions. He produced an early version of the germ theory of disease in the Canon where he also advocated quarantine to control the transmission of contagious diseases.

Uniquely, Avicenna is the rare philosopher who became as influential on a foreign philosophical culture as his own. He is regarded by some as the greatest medieval thinker . 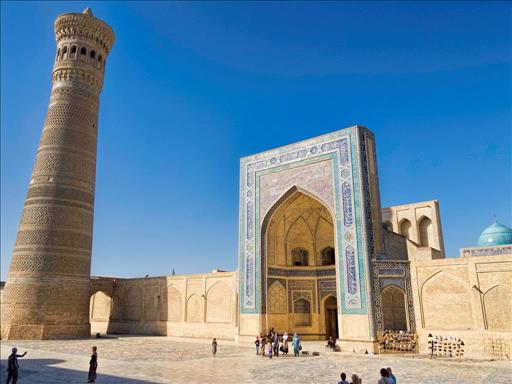 He was born Abdallāh ibn Sīnā in 980AD in Bukhara, (present day Uzbekistan, then part of the Iranian Samanid empire ). Avicenna was prodigious from youth, claiming in his autobiography to have mastered all known philosophy by 18.

Avicenna’s output was extraordinarily prolific. One estimate of his body of work counts 132 texts. These cover logic, natural philosophy, cosmology, metaphysics, psychology, geology, and more. Some of these texts he wrote while on horseback, travelling from one city to another!

His work was a virtuosic kind of encylopedism , gathering the various traditions of Greek late antiquity, the early Islamic period and Iranian civilisation into one rational knowledge system covering all of reality. 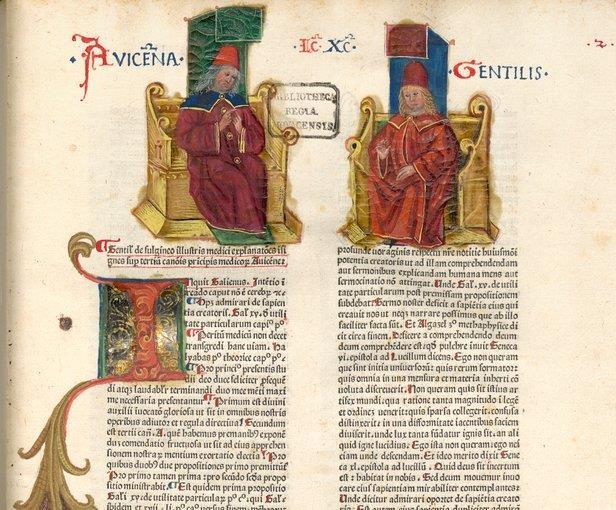 This was a chapter in the story of large-scale transmission of knowledge from the Islamic world to Europe .

From the 12th century on, Avicenna shaped the thought of major European medieval thinkers. Thomas Aquinas’s writings feature hundreds of quotations from Avicenna regarding issues such as God’s providence . Aquinas also sought to refute some of Avicenna’s positions such as that which argued the world was eternal .

Avicenna’s Kitāb al-shifā , The Book of Healing , was as influential in Latin as his medical Canon.

Divided into sections covering logic, science, mathematics and metaphysics, it produced highly influential theses on the distinction between essence and existence and the famous Flying Man thought experiment , which aims to establish how the soul is innately aware of itself. 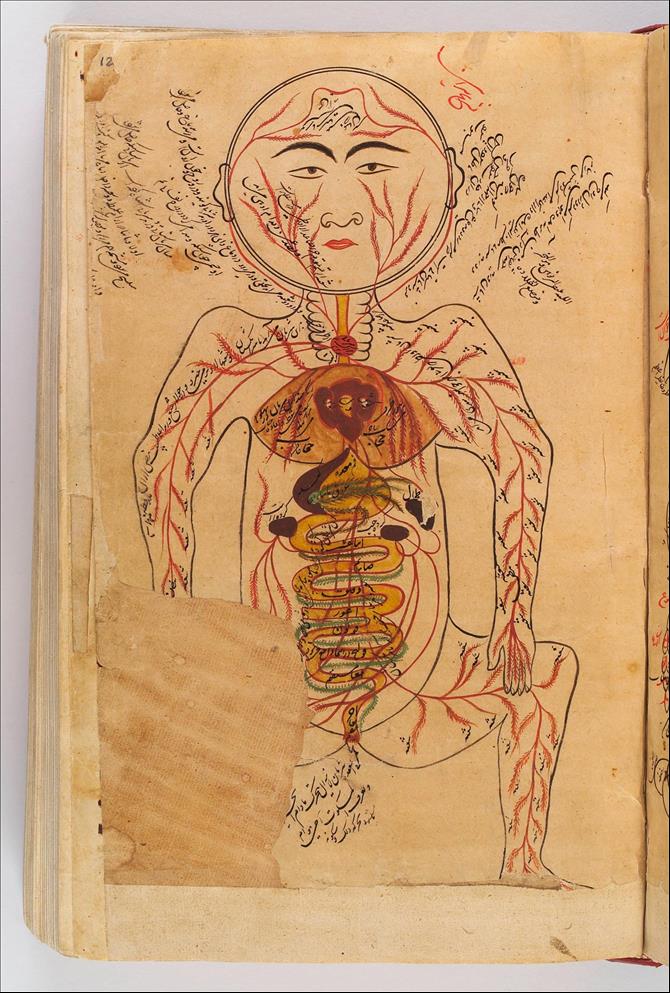 Avicenna’s Canon brilliantly synthesises Islamic medicine with that of Hippocrates (460 – 370 BC) and Galen (129 – 200 AD). There are also elements of ancient Persian, Mesopotamian and Indian medicine. This was supplemented by Avicenna’s extensive medical experiences. 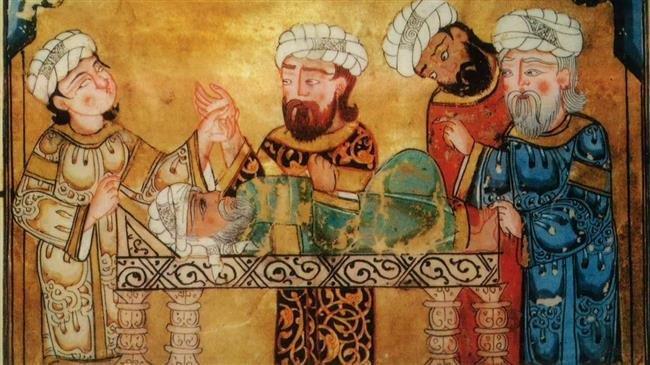 A doctor visits a patient in a 14th-century Persian miniature. Austrian National Library. Photograph by Bridgeman/ACI

In the Canon, Avicenna introduced diagnoses and treatments for illnesses unknown to the Greeks, being the first doctor to describe meningitis. He made new arguments for the use of anaesthetics, analgesics, and anti-inflammatory substances .

Avicenna was also vital to the development of cardiology , pulsology , and our understanding of cardiovascular diseases .

Avicenna’s detailed descriptions of capillary flow and arterial and ventricular contractions in the cardiovascular system (the blood and circulatory system) assisted the Arab-Syrian polymath Ibn al Nafis (1213-1288), who became the first physician to describe the blood’s pulmonary circulation , the movement of blood from the heart to the lungs and back again to the heart.

This happened in 1242, centuries before scientist William Harvey arrived at the same conclusion in 17th century England. 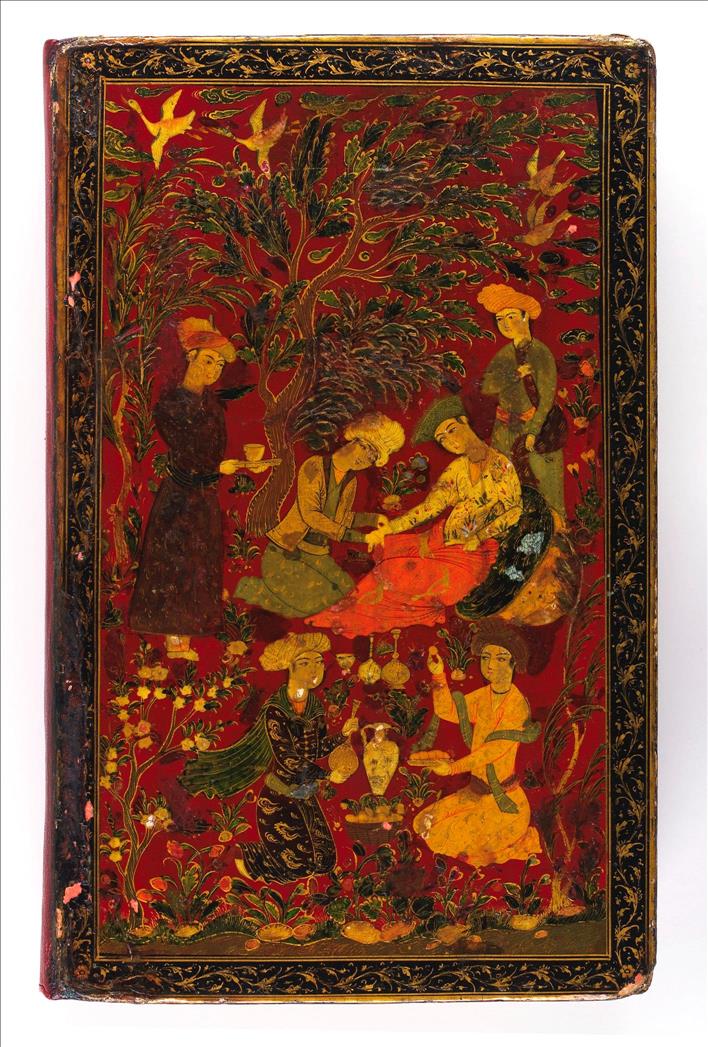 Another innovative aspect of Avicenna’s Canon is its exploration of how our body’s well-being depends on the state of our mind, and the interaction between the heart’s health and our emotional life.

This connection has been seen in the last few months, with doctors describing increases in heart damage due to the psycho-emotional pressures of the pandemic.


Legal Disclaimer: MENAFN provides the information “as is” without warranty of any kind. We do not accept any responsibility or liability for the accuracy, content, images, videos, licenses, completeness, legality, or reliability of the information contained in this article. If you have any complaints or copyright issues related to this article, kindly contact the provider above.